Tune In to the Fine Tuner

This article was fine tuned by a mind so why not the universe?

It is because of blind forces that we have eyes to see so we may behold the creation that these forces have blindly created. Does something look wrong here? 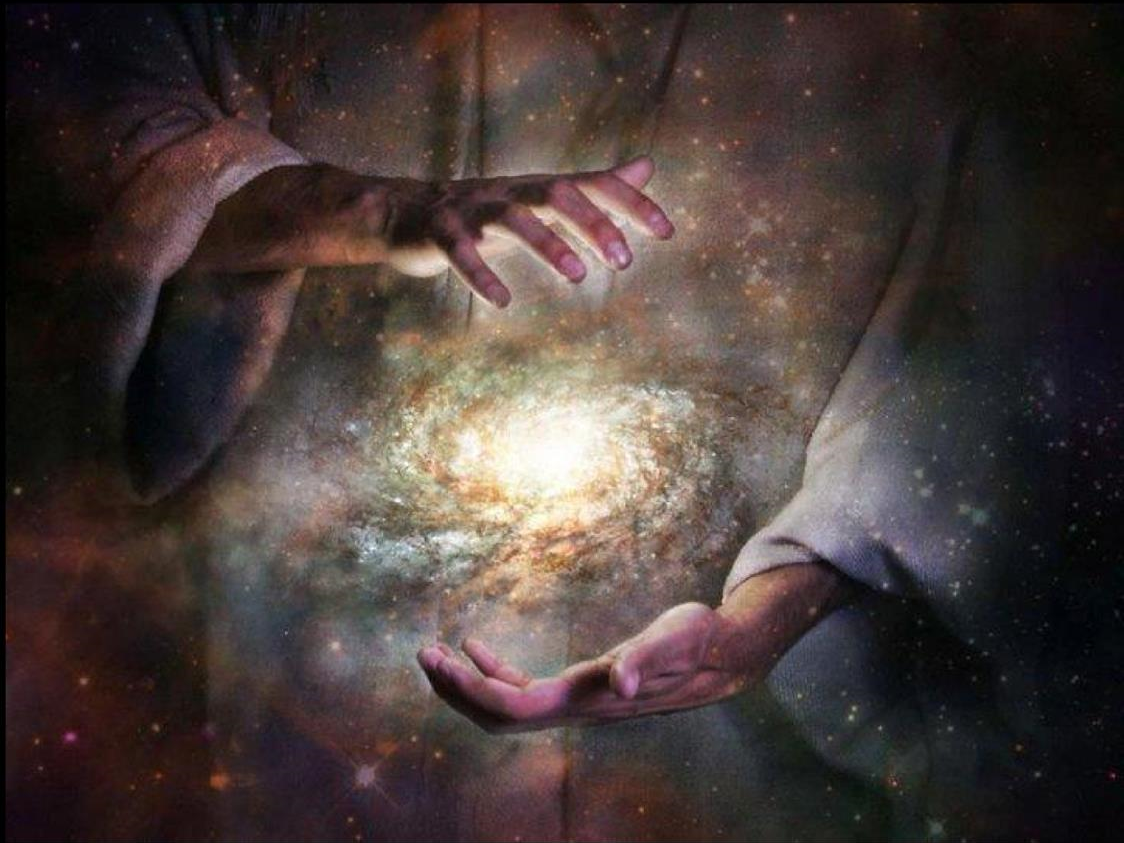 If there is a God who desires for us to know Him, wouldn't He make it easy to see? Did we have any part in creating our own eyes? So in this case, He made it easy to see...He made it so we can see.

As you are reading this right now, you may acknowledge that an intelligent mind is behind the construction of these letters that make up these words, which form these sentences so you may comprehend the information I'm attempting to rely to whomever may be reading this; but would you deny the very components that make up you are not intelligently designed? Do you see the major contradiction here? That is to say, the very components that make up you, you say are not intelligently designed, but at the same time you are using these components to be the judge on what is. Do you see now?

Now lets throw another one in for good measure. How can a mindless, guideless, process of chance (chance does not cause anything anyways) produce a mind that can comprehend the process, when the process cannot comprehend itself? Do you see another major contradiction here? As the infamous quote attributed to Eisenstein goes,

Because common sense points us in the direction that there is a mind behind nature, I think it would be very wise to search out who this mind is...for where can we go? Are we not, at least in some sense, in the mind of God? It can get trippy, right? But God is so awesome and powerful, and free (without measure), that He can make beings like us with such a freedom where we can even deceive ourselves to believe that there is no creator, living in this life like it is our reality, but as the scripture says,

"For we brought nothing into this world, and it is certain we can carry nothing out" (1 Timothy 6:7).

This is not our reality...

God has made us smart enough to know how dumb we are. This is not to be offensive, but to make an interesting point. God has allowed us to be intelligent enough to create complex things, and as we observe for instance a human cell, we can only comprehend so much until we realize it must take a vastly superior being to construct it all. God has given us the intelligibility of the concept of creation itself to understand the things that He made by the things we are able to construct, that there must be a mind behind all that we see. 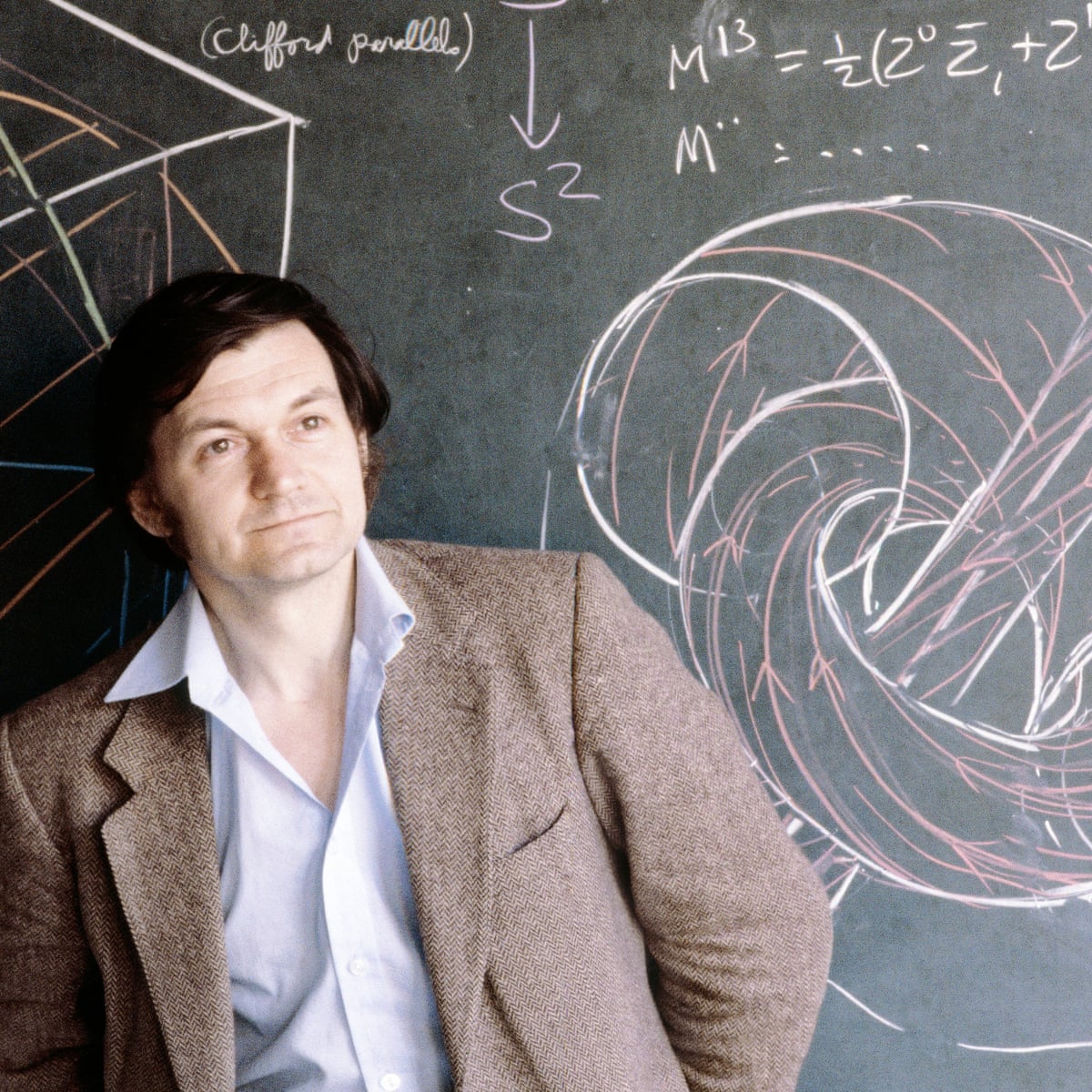 It has been calculated by Roger Penrose (shown in photo) that the odds of the initial conditions for the big bang to produce the universe that we see to be 1 part in 10 to the power of 10 to the power of 123. That is 1 followed by 10 to the 123rd power zeros. A number so big, that we could put a zero on every particle in the universe, and even that would not be enough to use every zero (yes, zero!). Let alone the odds that a universe by chance created a being as us who can calculate the odds! This to me screams a designer behind the universe, who designed us to come to know that it must take a designer!
What are the odds that God created the universe? Odds are no such thing. Who of you would gamble your life on one coin flip?

Someone might argue that given enough universes, one like ours could arise by chance. But that would only strengthen the initial statement, because then you would have even higher odds for the fine tuning of the mechanism that is producing all these universes and ultimately we would be left with an infinite regress where the odds only get higher; unless you conclude an uncaused cause where God is the only reasonable answer. In fact, we must conclude an uncaused cause otherwise we have no beginning foundation for why there is something rather than nothing. Everything that begins to exist has a cause. If things just popped into existence out of no where, then why do we not observe this in our universe? Rather we observe creation full of purpose, and the laws that govern this universe.

Would you line up to pay over one-thousand dollars for the latest Apple tech? What is so unique about it this time? The engineers have created a unique system where each device is put together by random computerized actions. In other words, it was put together by chance.

Who in their right mind would buy that thing?

Without a mind behind the universe, do you not realize that your mind is the same product? And you trust it? You use it to come to a determination that it is not wise to invest in a product that is likewise put together by chance?

Why do Apple products work? There are minds behind it. This is why you trust paying out big money to purchase one. Yet when we look out into the universe and see a much more vastness of fine tuning for something as great as the universe to work (let alone our own minds to comprehend it all), do we conclude there is a mind behind it all?

You would be wise enough not to buy an Apple product put together by chance risking your hard earned money, but would you be consistent in your reasoning to conclude that it is not wise to risk your life coming to the conclusion that there is no mind behind such a finely tuned universe?

If your mind was not designed, then how can you use it to be the judge of what is? So let us go through some amazing evidences of fine tuning, I would even say proof, why there must be a mind behind the universe, that it cannot be merely from chance.
Scientists have discovered that if the sun was any smaller or bigger, and any closer or further away (all to a degree that screams fine tuning), we would not be here.

Did you know the suns fine tuning goes much deeper than this? Even to the point where it would require foreknowledge to put all these elements together? And foreknowledge requires a mind behind the process! 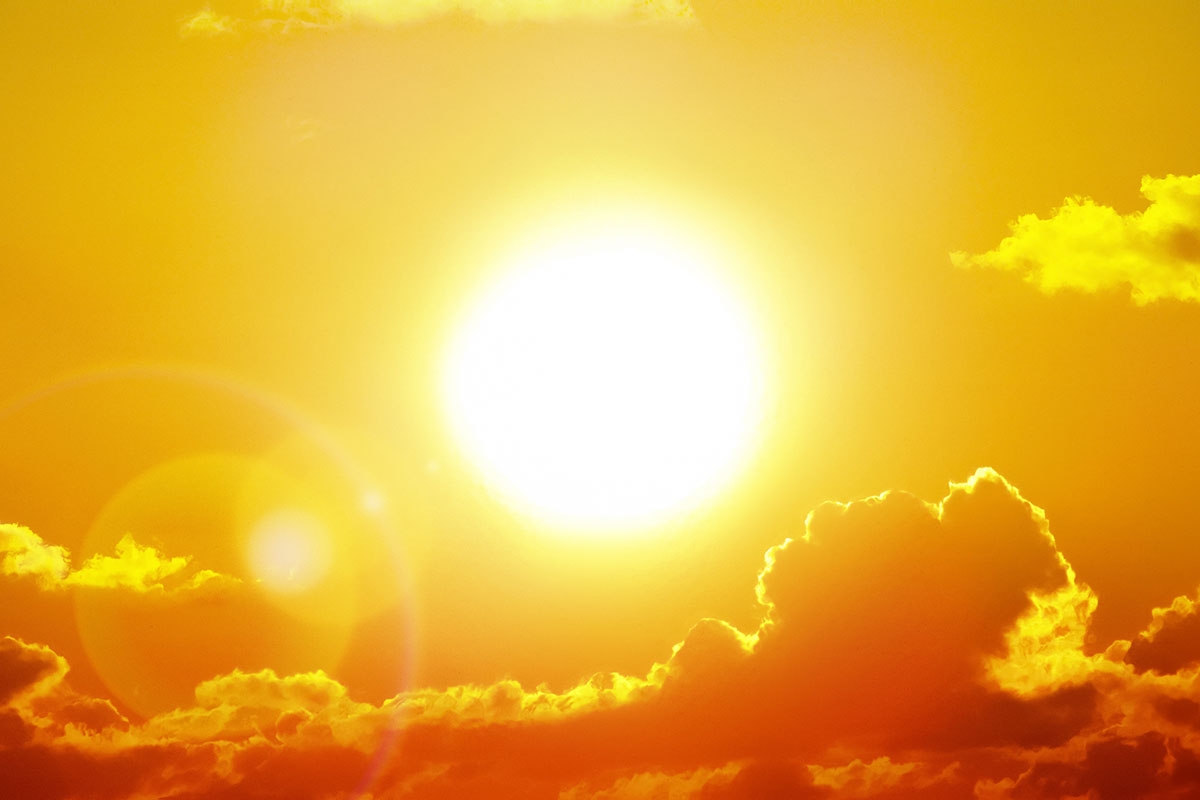 Over the past 3.8 billions years of life on Earth, the sun has gotten brighter approximately 20-22% due to it's process of hydrogen fusion causing the suns core to become more dense and burning progressively more and more efficient.

About a 1 to 2% change in the suns luminosity would be catastrophic to life on Earth. So how did life survive over these billions of years with about a 20-22% change in the suns luminosity? Green house gases trap heat from the sun via levels of carbon dioxide, water vapor, and methane, and this explains why the surface temperature of the Earth over the past 3.8 billion years has remained as warm as it is today. So what compensates for a dimmer sun over the billions of years is more green house gases.

Still, this is not enough to explain how life has persisted throughout all these billions of years.

Dr. Hugh Ross in his book improbable planet lists 16 other factors that could attribute to the fine tuning of the sun and its progression of change throughout time working with Earth to help keep life sustainable throughout its history.

Hugh Ross states, "Silicate weathering is a mechanism that takes place on the Earth that pulls carbon dioxide from the atmosphere. So for example when you go from algae to trees, you find that these trees can pull about four times as much carbon dioxide from the atmosphere than the algae can. And it is one reason why God waits a while before He puts trees on the face of the Earth. 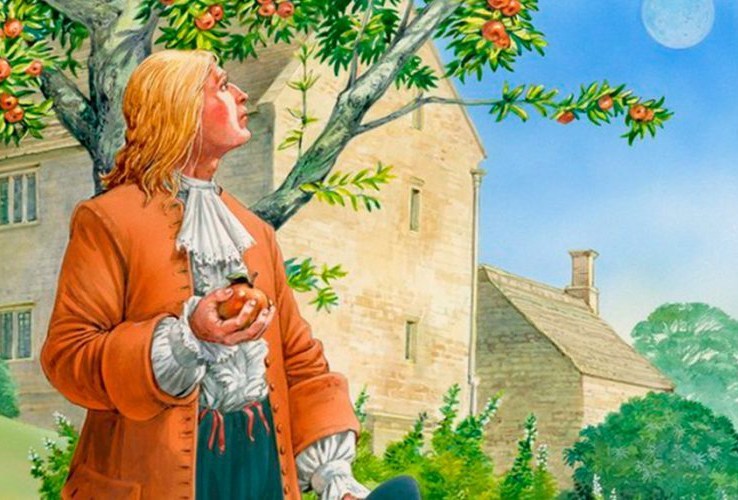 Have you ever stopped to think about gravity and how it is suspiciously  just right for us humans to flourish on planet earth?
For instance. Take driving a vehicle made of material that can protect us. Gravity is just right for us to operate transportation vehicles so we may grow as a civilization. How about standing up, walking, jogging and running? How about weight lifting so we may develop our muscles more? How about playing sports like baseball, basketball, and football? Gravity seems to be just right for us to enjoy the world we live in, and the way our bodies are designed. This also applies to all other creatures that exhibit unique characteristics. 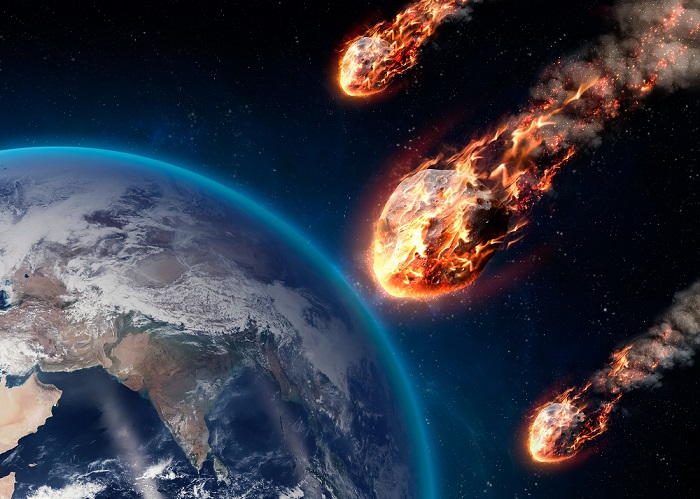 It is known that large collision asteroids striking the Earth happen approximately once every twenty million years. Breaking the odds by far, we have had three large asteroids strike planet Earth in the past 2.5 million years, with the most recent being about 12,800 years ago.

To hear the details of why we needed these three asteroids to collide with Earth for our existence, listen to a presentation given by Astronomer Hugh Ross, see video at the bottom of this article. 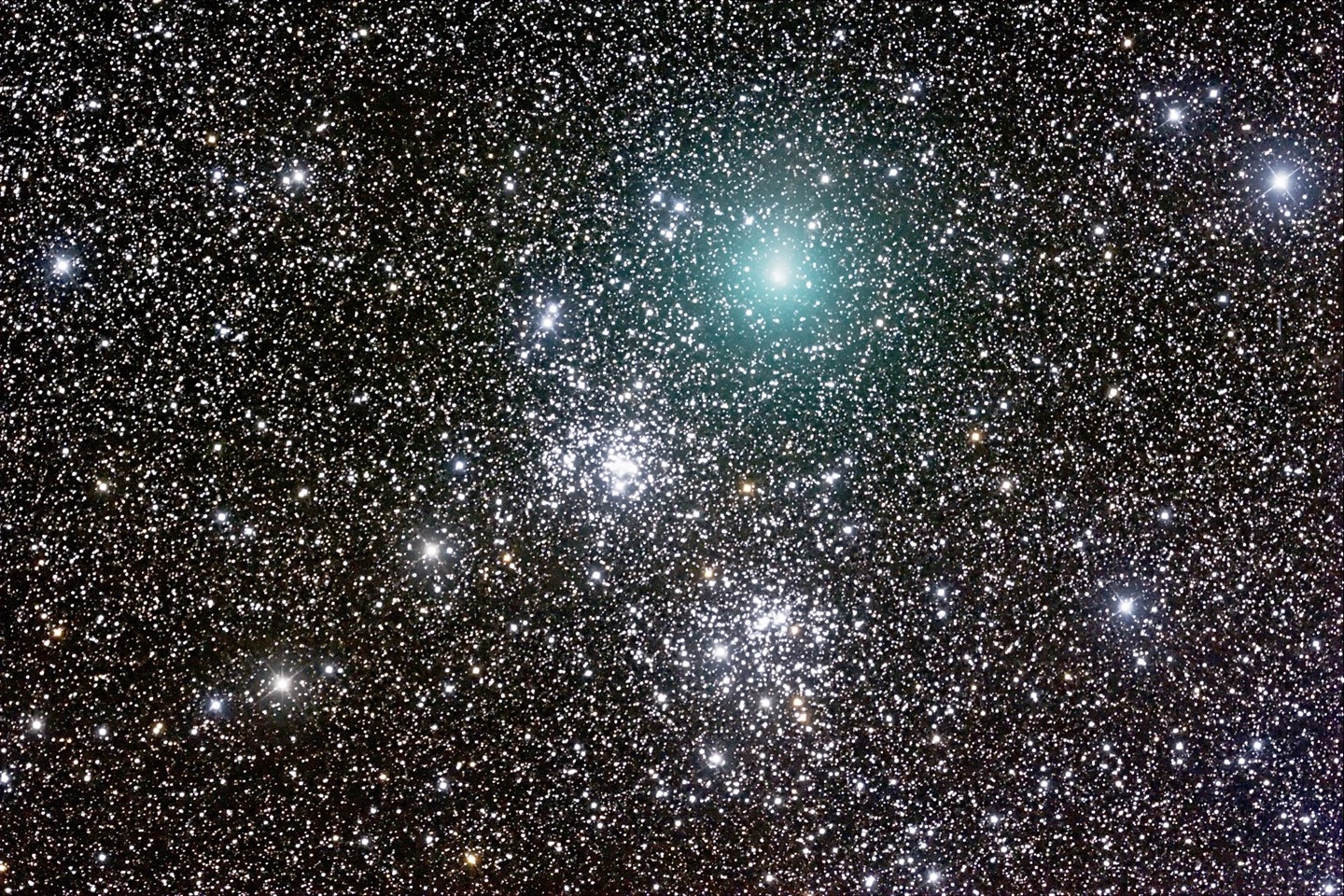 Some may think why would God care about this little spec of a planet that we call Earth, and these even tinier specs who dwell here that we call humans in such a vast vast universe?
What needs to be understood is that God cannot be measured, therefore any size is irrelevant to His person. God is infinitely bigger than any creation, Who being un-created.

Some might also say if there is a God, why would He waste all this space only allowing advanced life to exist on planet Earth? What also needs to be understood is that God has unlimited resources, therefore there is no such thing as a waste to Him. Instead of perceiving the vastness of the universe as wasteful empty space, view it as the fast love that God has for us, who names every star. He wouldn't be demonstrating to us that He is much of a God if the universe wasn't huge now would He? So you can also view it as the vastness of His power and glory, displaying how much greater heights He is above us in His thoughts and ways; how great His love is for us demonstrating how special we are to Him for Him to create such a great of a universe as this, even coming down from His throne becoming flesh in the man Christ Jesus dying on the cross showing us how much we are worth to Him.

What have you concluded? That this is all by chance? That your thoughts by chance came to your conclusion?

HUGH ROSS GOES FURTHER ON THE FINE TUNING OF THE SUN

THREE ASTEROIDS THAT HAVE CONFOUNDED SCIENTISTS

THE FINE TUNING OF GOD 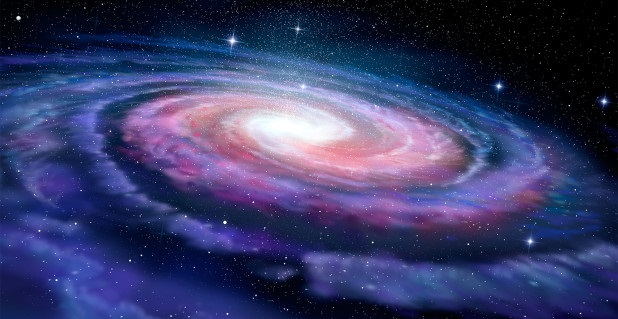 Life changing information. Scientific proof that the Bible must be the inspired word of God, and nothing comes close!
READ MORE...

Reserved
Copyright © 2ruth
Do NOT follow this link or you will be banned from the site!