Donald Trump and The Third Temple

Is Barack Obama the biblical Antichrist?

In December of 2017 Donald Trump made history by recognizing Jerusalem as the capital of Israel. Why is this important? Because by this the Jewish people are now able to push forward in bringing about their long awaited Third Temple prophesied in the Bible... 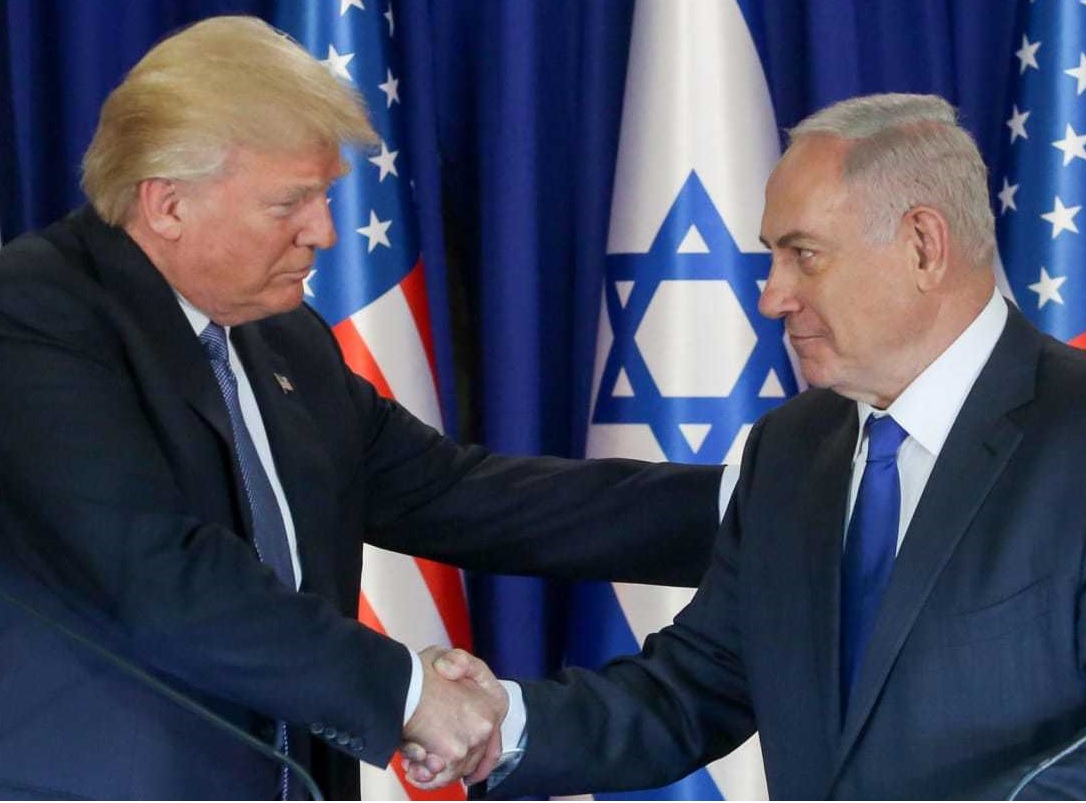 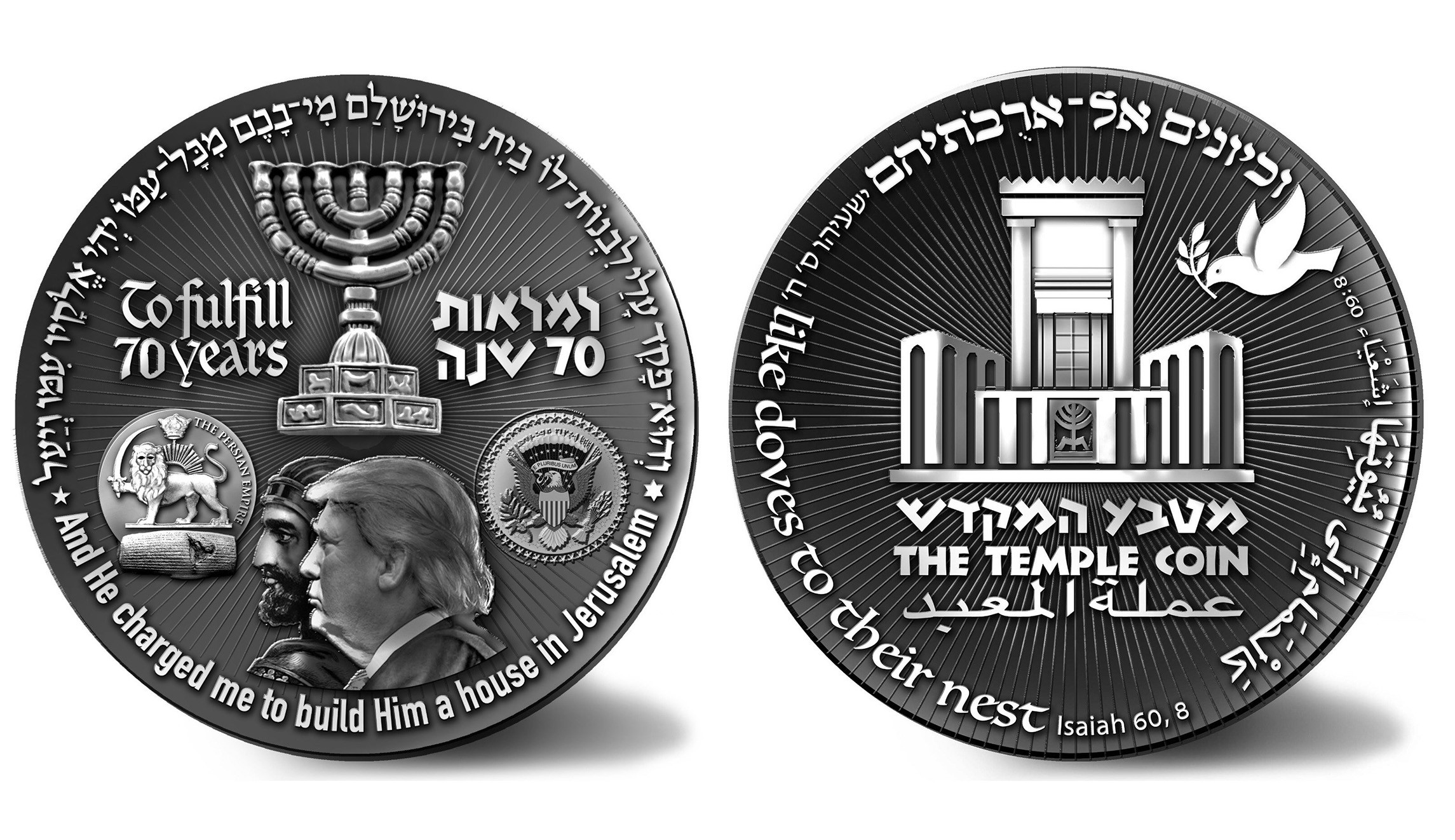 Donald Trump is being compared by many to the Persian King Cyrus who brought about the decree for the Jewish people to return to their homeland Jerusalem and rebuild their Temple around 539 BC. An Israeli organization has minted a coin bearing US President Donald Trump's image (see photo) to honor the US leader's decision to move the American embassy to Jerusalem. This coin also bears the face of King Cyrus along with the Third Temple on the back. It is being sold to help raise funds to build this new temple.
The Jewish people have been without a temple for almost 2000 years since the destruction of the second temple in 70 AD by the invasion of the Roman army. This event was prophesied by Jesus in Matthew 24:1-2 where He told His disciples,
"...Assuredly, I say to you, not one stone shall be left here upon another, that shall not be thrown down."
They are looking forward to not only having a temple once again, but to also receiving their messiah who they have been long awaiting for. In an interview, one Jewish man stated that this messiah will be a spiritual guide and political leader to all nations gathering all religions under the worship of one god.

History tells us that the Orthodox Jewish people did not receive Jesus as their Messiah even though He fulfilled 300 Messianic prophecies concerning His birth place, details of His life, His mission, His nature, His death, and His resurrection.

In the book of Isaiah chapter 53, prophet Isaiah gives a clear indication for recognizing the Messiah who was to come found in the Jewish peoples own Tanakh (also known as the Old Testament).

He writes,
"He (Jesus) is despised and rejected by men,
A Man of sorrows and acquainted with grief.
And we hid, as it were, our faces from Him;
He was despised, and we did not esteem Him...

Yet it pleased the Lord to bruise Him;
He has put Him to grief.
When You make His soul an offering for sin...
(Isaiah 53:3, 7, 10).
This chapter is clearly speaking of Jesus who is called the Lamb of God, who went to the cross to die for the sins of the world (John 3:16).

Biblical prophecy tells us that this messiah who will seat himself in the Third Temple will be the Antichrist,
"who opposes and exalts himself above all that is called God or that is worshiped, so that he sits as God in the temple of God, showing himself that he is God" (2 Thessalonians 2:4).
In the book of Daniel, prophet Daniel is given revelation from God telling us what the Antichrist will do in the last days:
"Then he shall confirm a covenant with many for one week (known as 7 years); but in the middle of the week He shall bring an end to sacrifice and offering..." (Daniel 9:27).
"Therefore when you see the ‘abomination of desolation,’ spoken of by Daniel the prophet, standing in the holy place (temple) (Matthew 24:15)...then there will be great tribulation, such as has not been since the beginning of the world until this time, no, nor ever shall be" (Matthew 24:21).

Donald Trump is playing a big role for God to bring about His end time events. 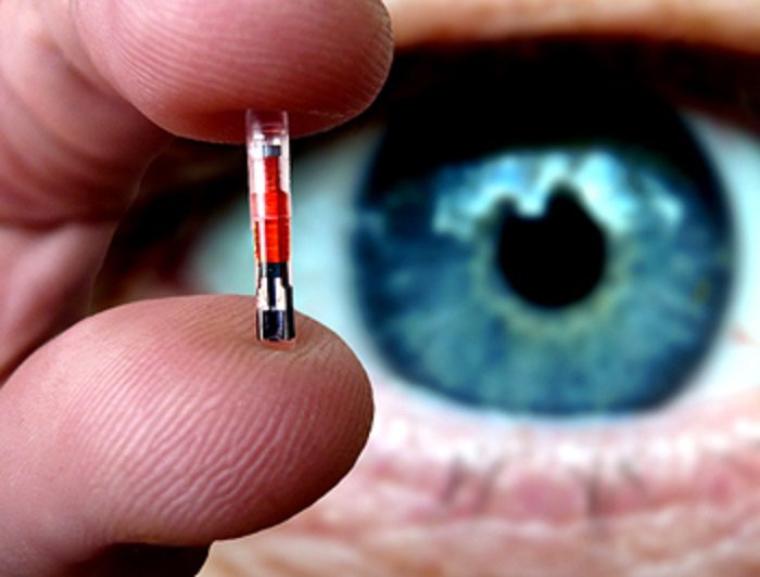 THE RFID MICROCHIP IS THE MARK OF THE BEAST

Read this article to see how perfectly the Mark of the Beast matches up with the RFID Microchip.
READ MORE...